European Society for Human Reproduction Study on IVF and Cancer

Infertility is linked to small increased risk of cancer

A study of over 64,000 women of childbearing age in the USA has found that infertility is associated with a higher risk of developing cancer compared to a group of over three million women without fertility problems, although the absolute risk is very low at just 2%.

As cancer is unusual in pre-menopausal women, the researchers used a US database of health insurance claims in order to obtain large enough numbers to provide meaningful results. Many insurance companies in the US offer coverage for infertility testing and treatment. The research is published today (Wednesday) in Human Reproduction [1], one of the world’s leading reproductive medicine journals.

Dr Gayathree Murugappan, a fellow in reproductive endocrinology and infertility at Stanford University School of Medicine (California, USA), who led the study, said: “We do not know the causes of the increase in cancer that we found in this study, whether it might be the infertility itself, the causes of the infertility, or the infertility treatment. We can only show there is an association between them. In the future, we hope that we will be able to understand why infertile women are at higher risk of cancer; for example, by identifying a common, underlying mechanism that can cause cancer and infertility.”

Dr Murugappan and her colleagues analyzed data from 64,345 women who had been identified as being infertile by diagnosis, testing or treatment in the Clinformatics® Data Mart database between 2003 and 2016. The database contained a geographically diverse group of patients, across 50 US states, although the majority of them were Caucasian. They compared them with 3,128,345 women who were not infertile and who were seeking routine gynecological care. The women were in their 30s and the researchers followed their progress for an average of nearly four years.

During the follow-up period there were 1,310 cancers diagnosed among the infertile women and 53,116 among the control group of women who were not infertile. Breast cancer was the most common cancer in both groups. After taking into account factors that could affect the results such as smoking, obesity, age, education and reproductive age, they found that infertile women had an overall 18% higher risk of developing cancer compared to the control group, with absolute risks of 2% compared to 1.7%.

Senior author of the paper, Associate Professor Michael Eisenberg from Stanford University School of Medicine, said: “The low overall incidence of cancer among these women means that one in 49 infertile women would develop cancer during the follow-up period compared to one in 59 women in the women who were not infertile.”

When the researchers excluded women who had polycystic ovary syndrome (PCOS) or endometriosis, which have been linked to an increased risk of uterine and ovarian cancers respectively, the absolute risk of cancer was one in 55 among the infertile women and one in 88 among the control group.

Looking at the risk of particular cancers, they found a slightly higher risk of hormone-driven cancers of the ovary and uterus among the infertile women, although the risk of breast cancer was similar between the two groups. They also found a slightly higher risk of cancers that were not driven by hormones among the infertile women, including lung, thyroid, liver and gallbladder cancers and leukemia. “While several of these associations were significant, it is important to note that the absolute increases in risk were modest,” said Dr Murugappan.

As the majority of cancers are diagnosed in older people, one of the limitations of the study is the age of the women, and also the short follow-up period. Other limitations include that women may have sought fertility treatment outside the US insurance system; some women might be infertile without knowing because they might have been using contraception, for instance; and the cause of infertility and the treatment given was not available from the insurance claims data.

Prof Eisenberg concluded: “Although the absolute increase in cancer risk among infertile women was small, this increase was seen in only a short period of four years of follow-up. We need to carry out further research with longer follow-up to determine what factors may be influencing the long-term risk of cancer for infertile women.”

Human Reproduction is a monthly journal of the European Society of Human Reproduction and Embryology (ESHRE) and is one of the top three journals in the world in the field of reproductive biology, obstetrics and gynecology. It is published by Oxford Journals, a division of Oxford University Press.
Please acknowledge Human Reproduction as a source in any articles.

TJ SPEAKS AT YOUR EVENT

Inquiries about TJ’s speaking availability may be directed to info@betterestrogen.com. 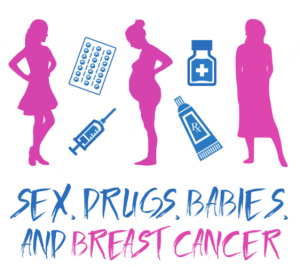 ANSWERED YES? GET A TEST